Looking to book affordable Cabo Verde Airlines flights? Instantly compare flight prices and book your own Cabo Verde flights online, or find out more about the airline below. 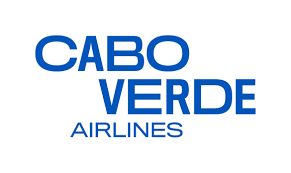 Previously branded as TACV Cabo Verde Airlines, the company is the flag carrier of Cape Verde. Headquartered in Praia, Cape Verde, it operates both cargo and passenger services to 17 destination cities across Europe and the Americas. The airline’s website used to be www.flytacv.com, but now reflects the new branding convention as www.caboverdeairlines.com – NOT www.flycaboverde.com.

Why choose to fly Cabo Verde Airlines from Nigeria?

As of October 2019, Cape Verde Airlines is the only airline operating direct flights from Lagos to Cape Verde. The airline offers a wide range of special meals on board, also catering for infants, Muslim as well as Diabetic passengers. The airline’s stated priority is uniting people and enabling them to discover the wonders of the world, and they are eager to grow their market share in Nigeria through on-time reliability and excellent customer service.

The airline operates regular scheduled flights from Lagos and Abuja to international destinations such as Toronto, Cape Verde, Lisbon, Washington and Boston. The flight from Lagos to Cape Verde is direct, with return prices starting from only ₦145,599. In addition, the airline flies between Paris and Fortaleza via Sal, between Praia, Washington DC (flights launch on 8 December 2019) and Boston, and between Sal and Milan, to name but a few of its key routes for 2019/2020 and beyond. Dulles International Airport in the USA is being added as a destination as well.

Additional cheap flights are offered to secondary destinations such Dakar in Senegal, Luanda in Angola, Sao Vicente, Paris, Porto Alegre (as of 11 December), Recife and Salvador de Bahia in Brazil, as well as Sao Filipe, Sal and Praia in Cape Verde.

Launched in 1958, the airline became the national carrier in July 1975, following Cape Verde having achieved its independence.  The airline operated as a state-owned entity up until 1983, with flights to Europe launched in 1985. Up until the launch of Cabo Verde Express Airways in 1998, the airline operated without any competition.  All international flights were routed via Sal until as recently as 2004. As of 2009, all international flights are being operated from Cesária Évora Airport in São Vicente.

The airline used to fly to 8 of the 9 islands of Cape Verde which are inhabited, however safety concerns led to the closure of the Agostinho Neto and Esperadinha Airports in 2007 and 2003, respectively.

As of August 2017, the Cape Verde government signed an agreement with Loftleidir Icelandic, a subsidiary of the Icelandair Group, to handle the administration of the airline, at which point the Praia International Airport hub was shuttered, and all of the airline’s operations moved to Amilcar Cabral as the new international air hub. The rebrand to Cabo Verde Airlines from TACV airlines was announced in May 2018.

As of October 2019, the airline employs 790 full time staff members.  The airline is currently being prepared for privatised. The privatisation exercise will see the airline discontinue all inter-island flights, with a view to focus on becoming a preferred air hub for mid-Atlantic flight operations. The airline’s domestic flight routes will now be taken over by Binter CV Airlines, enabling the airline to offer onward connections to domestic destinations in Cape Verde.

A number of airline shares were successfully sold as well during 2019, with over 90 employees becoming shareholders.

With Fly-Nigeria, you are in the driving seat to book the cheapest flights, 24/7, 365. Simply type in your departure airport, destination and preferred travel dates into the above flight search engine to get started. Powered by Travelstart Nigeria, you are guaranteed that you’ll get the lowest prices on flights to and from Lagos and Abuja – every time!

Bookings only take 2 minutes, so you can be ready to fly in no time. You’ll also have a host of options for making an online payment, making Fly-Nigeria one of the most convenient ways to book flights.

But don’t just take our word for it, why don’t you put the system to the test yourself now?